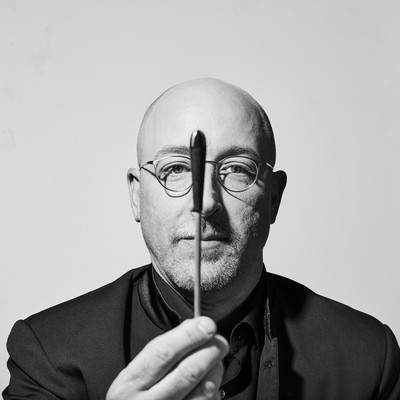 American conductor Jeffrey Milarsky is highly acclaimed worldwide for his impeccable musicianship, exhilarating presence, and innovative programming.  He has been hailed for his interpretations in a wide range of repertoire, which spans from Bach to Xenakis.  In recent seasons he has worked with accomplished groups such as the Chicago Symphony, New York Philharmonic, San Francisco Symphony, Los Angeles Philharmonic, American Composers Orchestra, MET Chamber Ensemble, Bergen Philharmonic, Chamber Music Society of Lincoln Center, New World Symphony, and the Tanglewood Festival Orchestra.  In the United States and abroad, he has premiered and recorded works by many groundbreaking contemporary composers, in venues such as Carnegie Hall, Zankel Hall, Davies Symphony Hall, Alice Tully Hall, Walt Disney Concert Hall, Boston’s Symphony Hall, and at IRCAM in Paris.

Mr. Milarsky has a long history of premiering, recording and performing American composers and in keeping with that, he was recently presented the prestigious Ditson Conductor's Award.   Established in 1945, it is the oldest award honoring conductors for their commitment to the performance of American music.  Past honorees have included Leonard Bernstein, Leopold Stokowski, and Alan Gilbert.  His interest and dedication have brought forth collaborations with esteemed composers such as Adams, Babbitt, Cage, Carter, Corigliano, Crumb, Davidovsky, Druckman, Gordon, Lang, Mackey, Rouse, Shapey, Subotnick, Wuorinen, and an entire generation of young and developing composers.

A dedicated teacher, Mr. Milarsky is a Senior Lecturer in Music at Columbia University, where he is the Music Director and Conductor of the Columbia University Orchestra. In addition to conducting the Juilliard Orchestra, he is the Music Director of AXIOM, The Juilliard School’s critically acclaimed contemporary music ensemble, and serves on the conducting faculty at Juilliard.

A much-in-demand timpanist and percussionist, Mr. Milarsky has been the Principal Timpanist for the Santa Fe Opera since 2005.  In addition, he has performed and recorded with the New York Philharmonic, The Philadelphia Orchestra, and the Pittsburgh Symphony.  He has recorded extensively for Angel, Bridge, Teldec, Telarc, New World, CRI, MusicMasters, EMI, Koch, and London records.

Jeffrey Milarsky received his Bachelor and Master of Music degrees from The Juilliard School.  Upon graduation, he was awarded the Peter Mennin Prize for outstanding leadership and achievement in the arts.